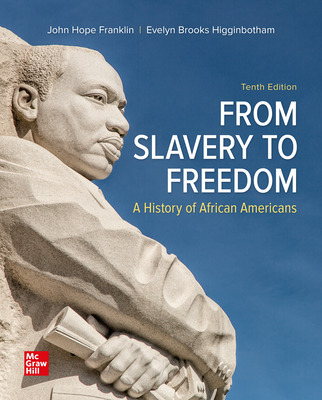 From Slavery to Freedom

Since its first edition in 1947, From Slavery to Freedom: A History of African Americans has inserted the black experience squarely into American history—a narrative that previously denied black contribution or at best dismissed its importance. An ever-growing mountain of scholarship on African Americans informs the book’s discussion of several topics, from the development of metallurgy in ancient African civilizations to the story of black life in the British colonies to the emergence of social movements and activism in communities across the United States in the mid-twentieth century. This edition of From Slavery to Freedom also incorporates new historical actors, including the role of women throughout history, particularly in slavery, abolitionism, the Jim Crow era, and the civil rights/black power movement.