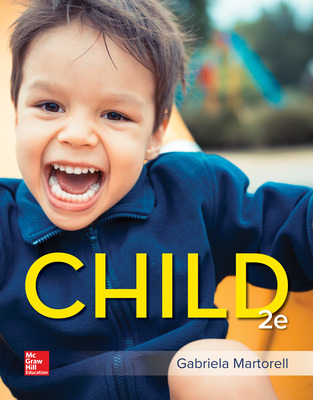 Child, Second Edition, is designed to be a brief but thorough account of human development from conception through adolescence, exposing students to culture and diversity and immersing them in practical application. Child combines a commitment to scholarly content, critical thinking, and real-life application of theory with a visually engaging and dynamic, interactive format. Written from a developmental framework and borrowing from multiple traditions and theoretical perspectives, Child also addresses the major periods of development and focuses on the important biological, psychological, and social forces driving change, highlighting theoretical distinctions, research findings, and new directions in the field. In response to requests from faculty like you, substantial space has been devoted to addressing issues of diversity. When relevant, each chapter includes current United States statistics drawn from census data and national governmental databases, including not just major population trends but also demographic and statistical information on ethnic and racial minorities. Moreover, in many cases, information on global statistics, trends and cultural differences has been included as well. The second edition of Child also features expanded and updated coverage of many key areas, including brain development, gender differences and gender typing, aggression and bullying, and the influences of media on development. Topical areas that have arisen in the public consciousness in recent years have also been included.